5 Reasons for Investing in a Robot

by Harold Washington
in Tech
0

As the world continues to embrace technology, businesses are slowly automating their business processes to be able to sustain the rising demand given the rising world’s population. However, there is more to the adoption of a robot into businesses than just being able to meet the rising demand. The following comprises the reasons why a business entity ought to invest in a robot.

Manufacturing entities require high levels of labor to perform various tasks in the manufacturing process. There are lots of activities involved in product manufacture, starting from material handling to the production of the final product.

Given the labor, especially in the developed world is paid on an hourly basis, and then the cost of labor will be too high. High labor costs may reduce a company’s profitability, or even result in losses. However, the introduction of robots into manufacturing aids in the reduction of labor costs.

As a result of introducing robots to manufacturing, labor costs reduce by a great margin.

Robots operate at high speeds that are incomparable to humans’. Additionally, robots can operate non-stop 24/7 provided they have been properly programmed to perform certain tasks.

Hence, robots’ abilities of being able to operate consistently, non-stop, and at high speeds, translates to increased company output. A manufacturing entity is able to meet the customer demands if they have implemented the use of robots, unlike when operating via human labor.

Companies are able to take up any product order request from any customer since the use of robots gives some level of assurance that the demand can be met. All these culminate into increased productivity, and hence profitability. 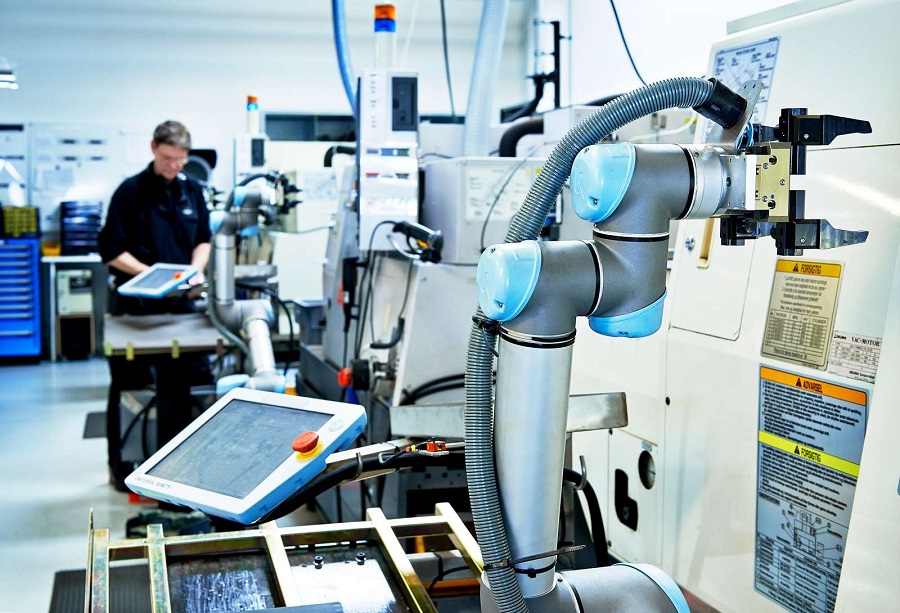 The harmful industrial processes expose workers to injuries, deteriorating health, and even death. However, the installation of robots in industries means that harmful and dehumanizing activities are taken over by robots. The employees are relieved of the dangerous job, which means they can focus on the safe jobs in the company.

The company benefits also from the fact that they do not have to set apart money for use as compensation to employees in the event of anyone getting hurt from performing the dangerous jobs. Also, legal issues against the company for any injuries is eliminated through the installation of a robot.

Robots operate with heightened levels of accuracy and consistency. Hence, the products that are generated through the utilization of robots are often uniform, quality, and to the exact size and all the required specifications.

On the other hand, humans are prone to error. Hence, the products produced through human labor tend to differ a little bit. That means the products cannot be produced to the required company specifications, and the customer may reject them for not being of high quality.

Industries should adopt the use of robots mainly because of the above five benefits that accrue from their utilization. Robots reduce labor costs, increase productivity, reduce wastage, enhance employee safety, and increase the company’s competitive advantage.

Seven Benefits of Learning to Play the Piano or Keyboard

How To Choose The Best Digital Pianos For Beginners?

How to update your ERP

Why Should You Take Help of a SEO Company for Your Business?