Learn About the Telecommunications Revolution 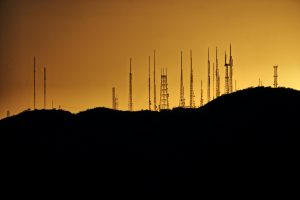 Telecommunications around the world have increased in popularity. Today, it’s applied in various situations and it has become an integral part of our lives. However, the definition of telecommunications is a bit elusive.

Everything we do can be affected by telecommunications. This includes where we live, work, serve, study and rest to name a few. Telecommunications affects all areas of society and plays a major role in shaping culture and society as a whole. It also shapes economics and business.

Changes in the Industry

You’ll want to think about telecom because emerging technologies highlights the need for understanding telecom. Plus, there are many changes that are taking place within the telecommunications industry. With that said, in the next few sections we’ll discuss what changes are currently underway and how telecommunications network will grow and evolve.

An entire virtual world has emerged as a result of telecommunications. Distance and time are no longer issues when it comes to business or communicating. However, there is something that is still lacking.

We process information and when it does, or brains acts on physical sensations. This includes touch, sight, motion and sound; All of which plays a role in decision making and perception. A new generation of sensory tech is emerging, and this will help bridge the gap between machines and humans.

There are many examples of emerging sensory tech that is coming out. However, of the most notable is happening in communications and computing. Within that sector, human senses are being introduced into electronic info streams.

Portable devices might be fascinating, but wearables will be more impressive. Wearables will become lighter, more reliable and more flexible. Perhaps more importantly, they’ll be platforms that can actually be scaled.

Intelligence is being shared across many more devices, and now we’re experiencing ubiquitous computing, or pervasive computing as it’s sometimes called. We are now taking computers and putting them in just about any kind of object you can think of. These new things now give the sense that they can take care of themselves. Things like Intelligent Billing rely on this quick and easy way to collect data in order for businesses to function.

Moving Towards Machine to Machine Communications

In today’s world, we’re moving more towards machine to machine communications. We’re relying less on people to people communications. There are over 5 billion people on the planet, but the amount of microprocessors is thought to be over 10 billion.

A tremendous amount of backbone bandwidth is required. This is due to many of the previously discussed changes. However, applications are changes in patterns are the main changes.

Responding to Regulatory and Political Forces

Politics always get involved when new developments come out. Different groups fight it out for power and money, as well as to be the first to bring new products to the market. They also will squash new ideas, and this brings us to one of the aspects of the telecommunications sector. The sector is constantly being influenced by regulation and policies set forth by the government.

List of things to consider before choosing business cards

5 Point-of-sale Mistakes That Are Costing You Money

REASONS WHY SOME FOREX TRADERS FAIL

How Regular Sports Massage Helps Your Body and Performance