5 Reasons Why You Should Travel to Egypt 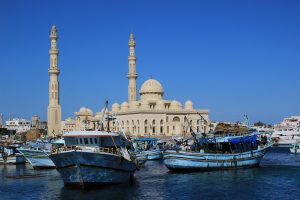 Egypt has not had a great reputation since the 2011 Arab Spring and the reported instability that is in the region currently, but the reality is different. Egypt has a lot of breathtaking sites, peaceful beaches and vibrant nightlife. Below are some of the reasons why you should consider Egypt as your next travel destination whether for a beach retreat, a hunt for history or a Nile cruise and stay.

Egypt is seen as being a dangerous place because it is part of the Middle East, which is an area that has been affected by the Syrian civil war, migrant crisis, and the Israeli-Palestinian conflict. For many decades, Egypt has been a tourist destination, and this is why the locals are very welcoming. You will feel at home during your visit; they will look out for you and provide you with directions when you need help.

The conversion rate to the local currency has been favourable for tourists for some time, and continues to be. You can expect to spend only 2 L.E. when you ride a metro and get a great meal for just £five (100 pounds). You also have the freedom to haggle when buying things, and this will help your money go further.

There hasn’t been a full recovery of the Egyptian tourism industry, which makes it the perfect them to travel there. Tour and hotel prices are still low and you can take photos without having to compete with many other tourists.

You will gain some weight when in Egypt. Fact. Food in Egypt is rich in flavour but it isn’t spicy-hot, meaning you can enjoy it without pain. The most popular food is fava beans with falafel which you can easily get from carts on the street (this is not a good idea for people with sensitive stomachs), a fancy restaurant or even a cheap chain restaurant. Eating at a restaurant is good because the traditional street-style food is prepared in clean establishments, so you can enjoy the food without having to worry about falling ill.

If you are a vegetarian, Egypt should be at the top of your travel destination because there is a wide range of local cuisine that is plant based and even vegan. There is a traditional Egyptian dish known as Koshary that you can get on the street and it consists of macaroni, rice, lentils, tiny noodles, tomato sauce and fried onion. You will feel very happy eating this food.

Most people think of pyramids when they think of Egyptian history, but there are a lot more amazing monuments in Egypt. You can get on a small cruise up and down the River Nile where you can see 5,000 years of pharaonic greatness. You will be impressed at how each pharaoh was trying to outdo his predecessor. You will feel like you are in a completely different area when you see the huge marble statues and columns that have been carved with hieroglyphs. Some temples still have some colour left on the walls.

What impressed me the most is the Abu Simbel temples. These two temples were built by Ramses II in the 13th century. The Egyptian government decided to build the Aswan Dam and this meant the temple getting submerged in water. There was an international campaign which resulted in the monument being dismantled then relocated to where it is today. This is 200 meters back and 65 meters higher from where it was originally.

The history is more than just pharaohs, there is also Islamic history and architecture that will leave you very impressed. The Islamic Cairo streets are over a thousand years old and the mosques have been carved with Arabic calligraphy.

Every country in the world boasts of having the best beaches, from South East Asia to the Caribbean, but the best of all are truly the Egyptian beaches. There are beaches on the Mediterranean and the Red Sea. You will also get to see corals in Egyptian beaches.

The corals found on the Red sea are resistant to climate and they have high visibility because there is low rainfall in the region, which makes the water perfect for diving. There are two more advantages to Egyptian beaches; They are located in a dessert, so you don’t have to deal with creatures such as crickets and mosquitoes. The sky is also full of stars because the beaches are many miles away from any city.

Everything you need to know about virtual phone system

List of things to consider before choosing business cards

How to Make More Money from Digital Marketing

5 Point-of-sale Mistakes That Are Costing You Money

REASONS WHY SOME FOREX TRADERS FAIL